Unrelated to Personal Finance but it's an issue that I need to clear up.

My goal here is to dispel a number of popular myths that I regularly hear repeated about coffee and its caffeine content.

Answer: False. In fact, using Starbucks as an example, a Grande cup of brewed coffee contains almost 4.5 times the amount of caffeine as a single shot of espresso.

Even if you had a double shot of espresso you would only be close to half the amount of caffeine as a Grande.
Double shot espresso = 150mg

The confusion for many people arises because they are not taking into account the difference in volume. Per ml it is true that espresso contains more caffeine, but a Grande from Starbucks is 473ml and so dwarfs the tiny espresso at 30ml. An equivalent 30ml of brewed coffee would contain only 20mg of caffeine. Because the caffeine is in a more concentrated form in the espresso it is believed to be absorbed faster into the body, but that is not to say that it has anywhere near as much caffeine in total.

Myth #2
Tim Hortons coffee is stronger (ie has more caffeine) or is the same as Starbucks. 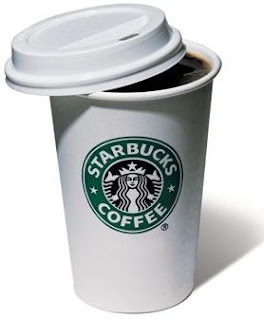 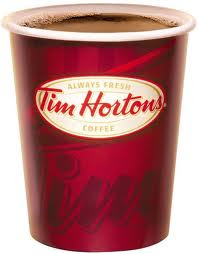 To get to an equivalent amount of caffeine you would have to consume a Tim Hortons Small coffee, Medium coffee, and an Extra Large coffee all at the same time. Even that only equals 380mg, falling 30mg short of a single Starbucks Venti. You would have had to consume 44oz of Tim Hortons' coffee as well, compared to the Venti's 20oz.

Answer: False, when compared to coffee. A single can(355ml) of Pepsi contains only 38mg of caffeine. To reach the equivalent of a single Venti coffee you would have to drink more than 10 cans of Pepsi.

Red Bull contains 80mg of caffeine per 250ml can. You would have to drink more than 5 cans of Red Bull to reach the equivalent of a single Venti coffee.


I have provided an easy to read table below showing the differences in caffeine content. Please inform people next time you hear them repeat these same myths. 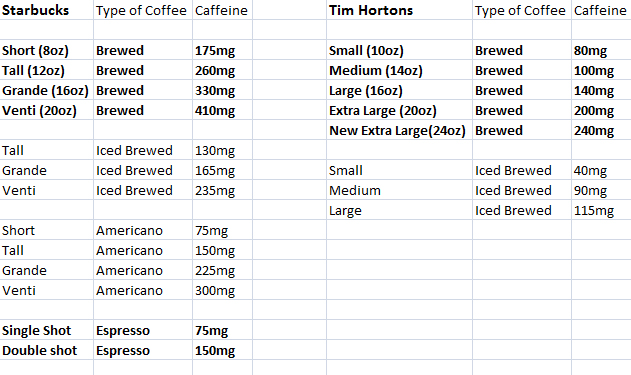 On a side note, Health Canada recommends an intake of no more than 400mg of caffeine per day for a healthy adult.  I just had a refill of my Tall coffee so I'm now up to a total of 520mg today and I'm only half way through the day.
Read more from Health Canada here.
http://www.hc-sc.gc.ca/hl-vs/iyh-vsv/food-aliment/caffeine-eng.php

All of the information I've posted here is readily available on the net from each company.
Below are the links I've taken the information from if you would like to check for yourself.