A credit card is a tool. Learn how to use it. 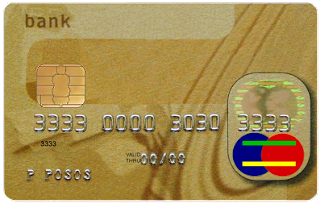 The personal finance world is rife with bloggers that went way into debt in their early university years, only to overcome it finally after many years of struggle. In a way these people learned a lesson which should have been understood before they even got their first credit card. A credit card is a tool and one should know how to properly use it before being set loose with one. If they subsequently racked up a huge amount of debt then it isn't the fault of the credit card but rather their own.

You don’t blame the hammer for hitting you on the thumb do you? Okay, maybe for a second.

Discouraging young people from signing up for a credit card does not address the real problem which is that many people grow up with little to no financial training. Instead of telling young people to avoid them at all costs, we should be teaching them how to properly use them. This means imparting the idea of not buying something unless you have the money in the bank right then or soon will, and also to never keep a balance. Anyone can see how paying 20% in interest is a bad idea and bad math.(See example below) Having a credit card also plays a vital role in helping to build your credit history and should be started upon as soon as possible. Thirdly, the opportunity to build up reward points from certain Loyalty programs can be a huge benefit and reap a return of anywhere from 1 to 5 % of the money spent. You are spending the money anyways so you might as well be rewarded for it.

Let me however add one big disclaimer to this which is that this is not how the credit card companies want you to use their product. They are only able to offer these rewards to the good customers because the “bad” ones are doing the opposite of what I have proposed here. While the companies do take a percentage of each transaction in fees from the merchants, it is the interest payments from you that create such a windfall for them. To give an example of just how much money they can make off of you, let’s pretend that you just put the price of a brand new TV on your card for $2,000. Supposing you only pay the minimum monthly payment on the card which has an 18% interest rate, it would take you 13 years and 10 months to pay off completely. Not only that but you would have paid $1,798.88 in interest, on top of the $2,000 initial price, for a total of $3,798.88. Now imagine you continued to purchase new items during that time as well, and you can quickly see how people accumulate debt that they will never pay off.

If everyone used the cards as I have proposed then the cards probably wouldn’t exist as they do now but that’s no reason for you not to make the right decision for yourself. Perhaps the transactions fees would be greater for merchants to make up the difference. Who knows.

I liken the situation to a young adult going out and getting their driver’s license at 16 or whatever age you are eligible to in your area. Car accidents are the number 1 cause of death for the age group 15-25 and yet these risks are understood and are not used as a sufficiently valid reason to postpone someone getting their license. Just as with a credit card, the benefits when used correctly, strongly outweigh the possible drawbacks. The parents of the individuals know that with the proper training and understanding that their children can avoid becoming another one of those statistics. (50% of those driving deaths were related to alcohol consumption) Perhaps we need the parents and family members to step up and take the place of the licensing boards and impart their own financial advice in regards to credit cards. While also acknowledging that it is an important step in their life and one which everyone should and can face.
Labels: Advice Credit Cards