The markets have recovered from their temporary slump the month before and even reached new heights. Also, my company's stock is performing well even though I sold almost all of the stock I held a couple months ago for a nice profit.

My car insurance will be coming up next month and I've decided to begin paying it monthly instead of in a lump sum. The interest will cost me $50 but I figure I can make a greater return than that by having the money on hand and I also won't take an immediate hit to my net worth.

On a side note I will be taking a two and a half week trip in late September/early October and I'll be drawing funds from my ING ISA to cover it. I expect in the end it will most likely cost me around $3,000 seeing as my hotel bill itself is almost $2,000. It will be disappointing to see my net worth drop in a couple of months, but I haven't been travelling since 2009 so I figure it's about time I go somewhere. 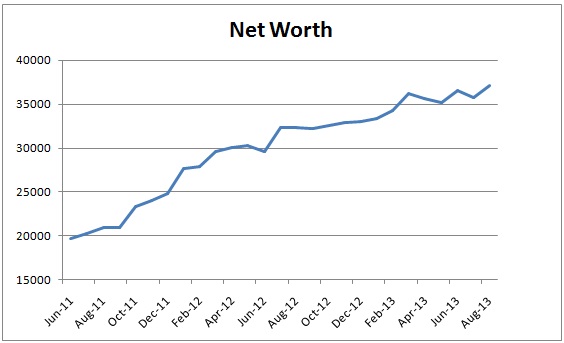