This was the third month in a row of >5% growth(in CAD) and there were three reasons for this:
It was just in February that I broke the $80,000 (CAD) mark for the first time and now two months later I've broken through the $90,000 mark as well. The three reasons above help to explain it but they are also not expected to continue into the coming months. Unfortunately, my income will actually be decreasing as I step away from some weekend work and other things. Additionally, with summer coming up I will be deciding whether to return home for a visit or to travel on to more exotic locations. As I have more or less visited the places nearby that I want to visit, I will need to travel further each time to go somewhere new. Here are my numbers for the month.
April 3, 2019 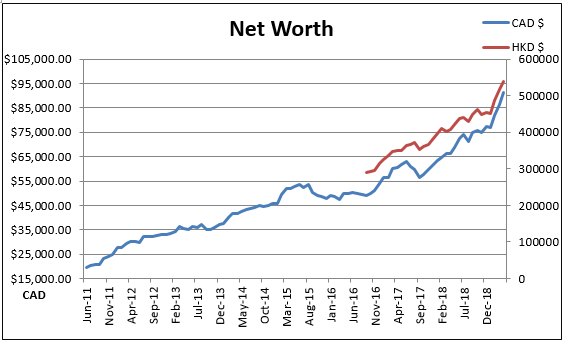