The TFSA Contribution Limit for 2020 has been announced and it will remain at $6,000 again for the year. It was actually slightly difficult to confirm this as other websites were not providing direct links from the Canada Revenue Agency showing the public announcement. The least we should all be doing is linking to the official sources when they are available so people can confirm the amounts themselves for something as important as this.

This chart is direct from the CRA and shows the TFSA dollar limits going right back to the beginning of the program in 2009. This brings the total contribution limit since 2009 to $69,500. 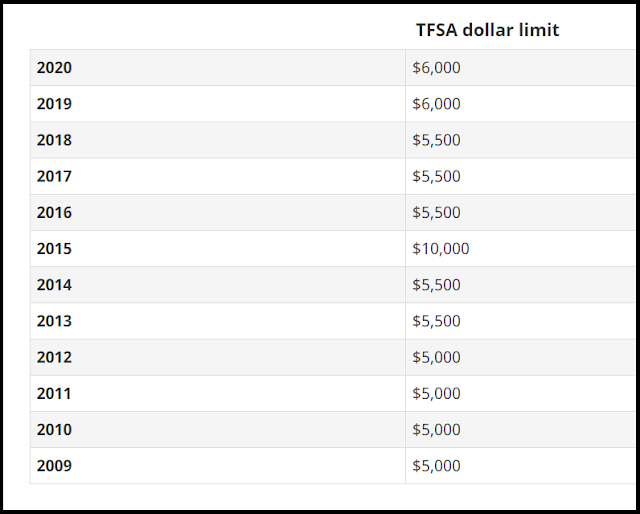 Official link below for you to confirm the amounts straight from the Canada Revenue Agency.
MP, DB, RRSP, DPSP, and TFSA limits and the YMPE
Labels: TFSA