I began this site back in September of 2011 with some high hopes of writing weekly and documenting my financial growth. I also had dreams of maybe making a few dollars here and there from ads over time, but I would soon realize my mistake after only a month. If I was to make money, it was not going to be through AdSense.

THE REALITY OF BLOGGING AND GOOGLE ADSENSE EARNINGS

https://www.miiockm.com/2011/10/reality-of-blogging-and-google-adsense.html
But - I do now have one happy thing to report after all of that time and it is in the picture below. A milestone I thought I would never see (I originally estimated it would take 208.3yrs) was reached in 9 years and 10 months. 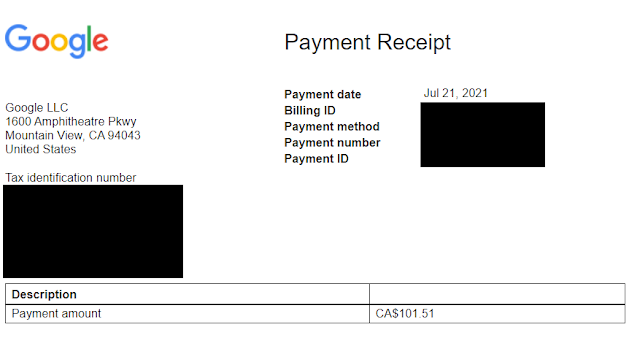 So, I did it. I succeeded in reaching the milestone that I thought was almost impossible. Obviously $10/year in revenue is not a business model but I will admit that it has still made an emotional impact on me.
I'm glad I started writing this blog and maybe I can think of some more things to share in the future. Let's see if I can reach the next $100 in say... 5 years?
Anyways, thanks to whoever read this blog even in passing and to those who clicked the links - most likely by accident. I appreciate you all the same.
Labels: AdSense Milestones